The Bitcoin mining difficulty recently reached an all-time high. This comes as Bitcoin mining reaches full recovery after being greatly affected in May and June last year after China imposed a mining ban.

According to BTC.com, the Bitcoin mining difficulty currently stands 26.643 trillion at an average hash rate of 190.71 exahash per second (EH/s).

The Bitcoin mining difficulty is a metric realized from the overall computational power on the network. The metric shows the level of difficulty in confirming transactions on the Bitcoin network and mining BTC.

The mining difficulty recorded major dips after China imposed a ban on crypto mining last year. However, with most mining firms going online again, the network is recovering despite the ongoing bearish trend in the crypto market.

The data from BTC.com further shows that the mining difficulty will continue increasing in the next 12 days. The platform estimates that this metric will reach 26.70 trillion within this time.

Bitcoin mining firms have also been active over the past few days. F2Pool was the highest contributor to the hash rate, having mined 88 BTC blocks. Poolin came in second with 76 BTC blocks.

Despite the recovery in Bitcoin mining, the value of Bitcoin is currently sitting on a nine-month low. The value of Bitcoin currently stands at around $35,000, which is a notable dip from the peak of $69,000 achieved in November last year. The dip comes as nearly $1 trillion was wiped off the crypto market.

Last week, reports stated that the Russian Central Bank was recommending a complete ban on crypto mining and trading, similar to the ban imposed by China last year. This is not the first time that Russia has considered banning cryptocurrencies.

After China banned mining, some crypto firms moved to Russia, which previously had a friendly crypto regulatory framework. The rise of mining activities has placed Russia among the top Bitcoin mining hubs. Last August, Russia accounted for around 11.2% of the mining hash rate, making it the world’s third-largest Bitcoin miner after the USA and Kazakhstan.

The vice-chair of the European Securities and Markets Authority, Erik Thedeen, recently said that the EU needed to ban proof-of-work mining due to the high amounts of energy consumed preventing the EU from achieving its climate goals. Thedeen stated that regulators should focus on proof-of-stake mining as it is more energy-efficient. 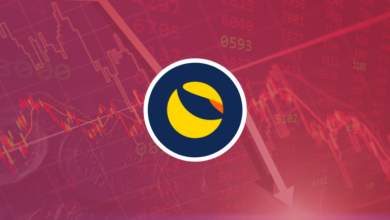 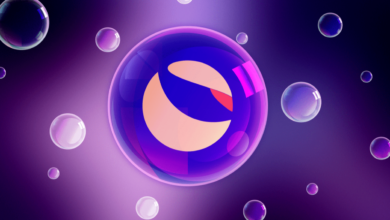 LUNA is Pumping- LUNA price up 200x from Lows 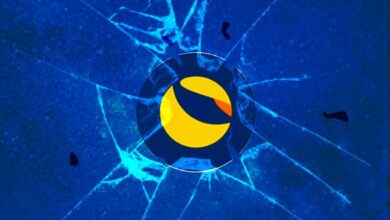 What is Terra LUNA – Explaining the LUNA Crash 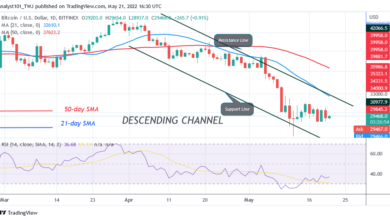 BTC Price Is Unable to Sustain above $30K