Google has been under the fire lately for allegedly having algorithms that unfairly target conservative content across its services and platforms. Moreover, Google’s Gmail service has been said to filter the Republican fundraising and campaign emails to spam. Now, Google is reportedly trying to keep campaign emails from authorised candidate committees exempted from the spam detection as long as they are not violating any policies of Gmail. Recently, the US Republican leadership introduced a bill to compel platforms to show their filtering techniques.

According to a report from Axios, citing a filing obtained by the publication, Google has asked for permission from the US Federal Election Commission to start a program that is expected to keep campaign and fundraising emails from being filtered to spam folders. The internet giant has previously come under scrutiny for its algorithm unfairly targeting the conservative content across its platforms.

The US republican leadership had recently introduced a bill that requires platforms to share techniques on how the filtering works. The bill also aims at making it illegal to put campaign and fundraising emails into spam folders unless a user opts for it.

The new program from Google will let emails from authorised candidate committees, political party committees, and leadership political action committees registered with the FEC, not violating the Gmail policies around phishing, malware, or illegal content, to not get filtered to the spam folder without a user’s knowledge. When users will receive a campaign email for the first time, the users will get a notification asking if they want continue receiving them, with an option to opt out of them.

The report added that Gmail was more likely to send Republican fundraising emails to spam folders during the 2020 campaign in comparison to Outlook and Yahoo, as per a North Carolina State University study.

Google spokesperson Jose Castaneda told Axios, “We want Gmail to provide a great experience for all of our users, including minimizing unwanted email, but we do not filter emails based on political affiliation.” The spokesperson added, “We recently asked the FEC to authorize a pilot program that may help improve inboxing rates for political bulk senders and provide more transparency into email deliverability, while still letting users protect their inboxes by unsubscribing or labeling emails as spam. We look forward to exploring new ways to provide the best possible Gmail experience.” 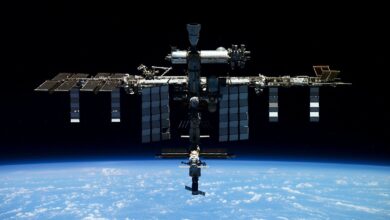 Expedition 67 Crew Conducts Experiments Aboard ISS That Could Benefit Astronauts, Humans on Earth